100 days after the FDA’s legally mandated decision date,the FDA announced accelerated approval for  Eteplirsen by Sarepta Therapeutics.  Eteplirsen is the first therapy drug approved for Duchenne which works to skip over the deleted exons.  The approval did come without bureaucratic “drama” and in-fighting.  There were definite opponents for approval, based on the nonsense of how data was collected, how dystrophin protein was measured, the control group chosen, etc.  One of the biggest opponents that spoke against approval for over 65 minutes at the Advisory Committee Meeting, left the FDA over it.   Really?  keeping kids alive is so bad – that you will leave the government over it???  And if you have a child with a rare, incurable disease, what then?  All reasons of how we have forgotten how to be human and exercise compassion and leniency when approving drugs for a fatal condition with no other treatment options.  Kudos to Dr. Janet Woodcock  at the FDA, who took the time to meet with families and researchers to get more of an subjective view.  Thank you to Sarepta, the small pharmaceutical, who has taken Duchenne on as its cause.

This particular drug helps boys with the mutation of Exon 51 – the most common mutation, which is only 13% of the population.  Skipping the other most common exons is in the plan, and some are currently in trial.  Alexander is unique because he has a duplication of Exon 2, which is more rare.  Dr. Kevin Flanigan at Nationwide Children’s Hospital in Columbus, OH is specifically working on skipping the duplication of Exon 2.   This news was a historic breakthrough for Duchenne, but it is not to be thought of as a “cure.”  This is more like a treatment that will create a form of dystrophin protein that the boys are missing, and will work to stall the progression of the disease.  This is also not the only treatment drug being worked on.  Alexander is in a trial that Pfizer is running, to inhibit myostatin in the body – which could work to help any disease losing muscle mass, including helping with simple aging.  If this proves effective, I have no doubt that Pfizer, the biggest Pharma in the world, will get this drug approved.  For the first time ever, there are numerous clinical trials going on throughout the U.S., Europe and Japan, that involve different types of therapies, that could in fact, work together.  I know in my heart that Alexander will be one of the first ever survivors of Duchenne. 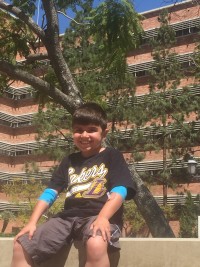 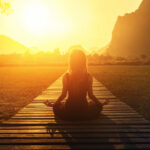