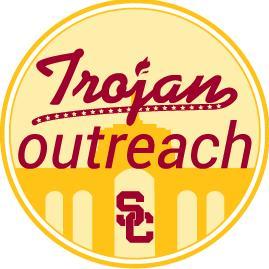 Llauro, who was diagnosed with Duchenne muscular dystrophy in 2011, has always been a huge USC fan. Recently, he was named an honorary member of the 2019 USC Football team. And earlier this season, he came out to practice to reconnect with USC head coach Clay Helton and the Trojans.

Llauro continued his relationship with the Trojans on Oct. 19, when USC hosted the Arizona Wildcats in its Homecoming game. Llauro was treated to a pregame tailgate with his family and got to roam the sidelines before the game started.

He also got to meet the world famous USC Song Girls and get his picture taken with USC’s legendary mascot, Traveler.

After all the pregame festivities, Llauro settled into his seat to watch USC play a great game against the Wildcats. The Trojans won 41-14 thanks to a big performance by USC’s defense and a breakout performance by freshman RB Kenan Christon.